The Leading micropub in Westgate-on-Sea


The current ales' list was updated today (Sunday) at 1:30 PM 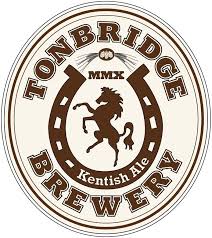 Born into the Brewery Fold in March 2010, in Tonbridge surprisingly, this relatively young brewery started with a 4 BBL plant but expanded just a few years later (April 2013) to a 12 BBL plant, located in new premises in East Peckham, Kent (which is still, almost, Tonbridge!).

They aim to produce distinctive, high quality ales at competitive prices and provide a great service to all of their customers.
Their ales are brewed predominantly with Kent grown hops and a strain of live yeast that originated from the Barclay Perkins Brewery in Southwark; which they strongly believe adds individual character and great condition to all of their ales.

They believe that they have established a strong reputation with their our beers now widely recognised across Kent (proven by having OVER 200 customers).
Below is a list of the 19 ales from Tonbridge Brewery that have been sold, so far, at The Bake & Alehouse.