The Increasingly Popular micropub in Westgate-on-Sea 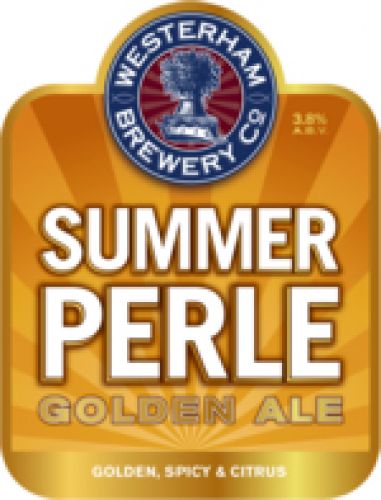 This libation, which we define as a 'Golden Ale', has a strength of 3.8% ABV.

Summer Perle was originally brewed in 2004 to commemorate the 30th (Pearl) Anniversary of the Canterbury Beer Festival.

It was also the fastest selling beer at the 2004 Maidstone Beer Festival.

This golden ale is dry hopped with Hallertauer Perle hops which impart a spicy and refreshing finish to this summer ale.

Records indicate that this drink has been available in the Bake & Alehouse, on over 10 seperate occasions, since August 2012