Still the Only micropub in Westgate-on-Sea 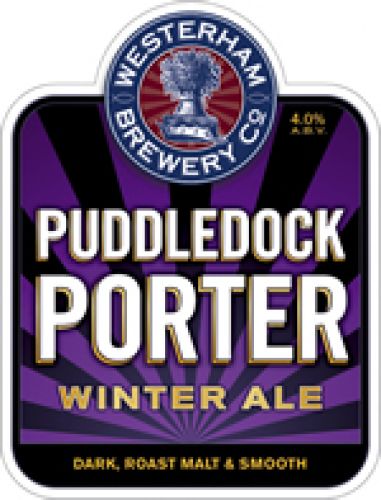 This libation, which we class as a 'Porter', has a strength of 4% ABV.

A traditional dark brown winter ale brewed with Crystal and Chocolate Malts, hopped with Kent Northdown, Bramling Cross and Goldings hops for flavour and aroma.
Our ‘Puddledock Porter’ takes its name from the village of Puddledock and its association with Westerham’s famous resident, Winston Churchill. The possibility of Churchill’s receiving a dukedom after the war led to speculation about what his son would be known as. After discussions with Churchill, his private secretary reported that Churchill would never accept: “First of all what could he be Duke of? Secondly, even if he were Duke of Westerham, what would Randolph be? He could only be Marquis of Puddledock Lane which was the only other possession he had apart from Chartwell. And thirdly, quite seriously, he wished to die in the House of Commons as Winston Churchill.”